I was watching Sabine Hossenfelder’s video titled I stopped working on black hole information loss. Here’s why. It inspired some ideas.

Could that transfer of energy carry information away from the black hole? Maybe this hypothesis isn’t sufficient by itself to explain how a black hole’s mass shrinks — only how its angular momentum slows.

We can also hypothesize the magnetic field is strong enough to produce pairs of particles that add to the jets. Photons of the magnetic field collide to create electron-positron pairs. Now we have a mechanism, pair production, for mass to escape the black hole in a manner that is distinct from Hawking (thermal) radiation. That would be how information flows out, so it is not lost. 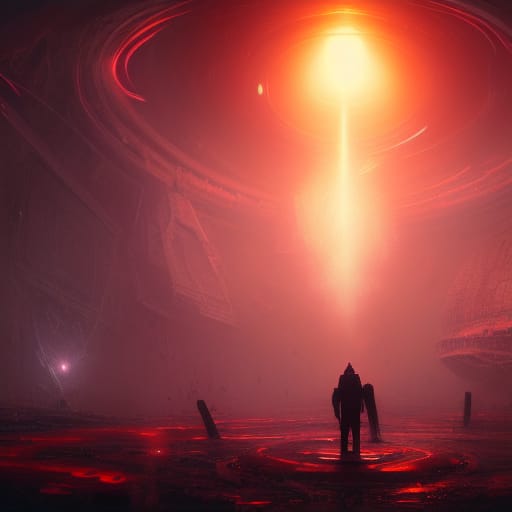 Here is Ben’s theory about the impossibility of black hole and big bang singularities.

I think once we understand the Higgs mechanism better, we will discover that above a certain temperature, which rises as we work backward in time to make the universe more dense, the opposite of “condensation” happens. The bosons no longer have mass. No mass, no gravity; no longer contributing gravity means the very force that is squeezing things together stops squeezing at the core. I believe this should put a limit on how dense things can be, so it is impossible to form a singularity, if you cannot pass this density limit at the extreme interior.

I wish I knew a lick of math, so I could even comprehend what SU(2) × U(1) means. Sadly, I’ll have no chance of writing a paper and winning a Nobel prize. Math is hard.