One approach to better empowering users and upstart services to avoid Big Tech censorship, suppression, and control is to build capabilities into the browser for mashing up and mixing in complementary services. This would provide a client-side (browser based) approach for third party complementary services to extend incumbent services without needing the incumbent’s authorization or cooperation. This would be one element of building Future Distributed Applications. Enhance the browser to support composition of services and data.

This paradigm would enable end users to control how content is consumed, so that Web sites cannot censor or bias what information is presented about controversial topics.

Applying browser add-ons that mix-in complementary services would also enable end users to take information and process it in personalized ways, such as for fact-checking, reputation, rating, gaining insights through analytics, and discovering related (or contrarian) information. Complementary content could be presented by injecting HTML, or by rendering additional layers, frames, tabs, or windows, as appropriate.

Browser add-ons are only supported on the desktop, not mobile devices. Mobile devices would need to be supported for this paradigm to become broadly useful. 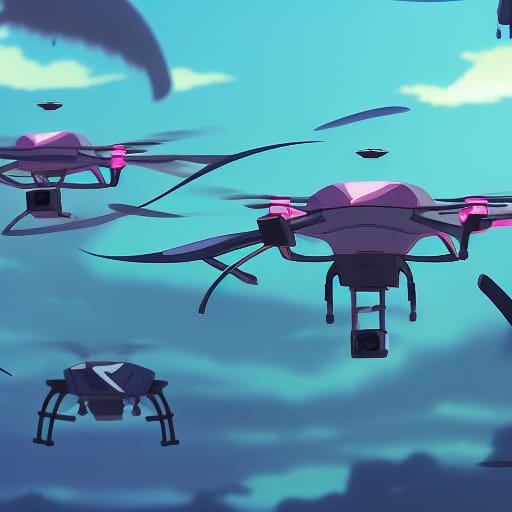 Big Tech censorship and cancel culture are becoming intolerable. Politicization of business is destroying the fabric of society. We need to design distributed applications and decentralized services to counter these nefarious forces.

Concentration of power and control in a few dominant platforms, such as Google, YouTube, Facebook, Twitter, Wikipedia, and their peers has harmed consumer choice. Anti-competitive behavior, such as collusion among platform and infrastructure services to deny service to competitive upstarts and undesirable non-conformists, has suppressed alternatives like Parler, Gab, and BitChute.

The current generation of dominant platforms does not allow editorial control to be retained by content creators. The platform is viewed as the ultimate authority, and users are limited in their ability to assert control to form self-moderated communities and to set their own community standards. Control is asserted by the central platform authorities.

Control needs to be decoupled from centralized platform authorities and put back in the hands of content creators (authors, podcasters, video makers) and end users (content consumers and social participants). Editorial control over legal content does not belong with Big Tech. What constitutes legal content is dependent on the user’s jurisdiction, not Big Tech’s harmonization of globalist attitudes. To Americans, hate speech is protected speech, and it needs to be freely expressible. Similarly, users in other jurisdictions should be governed according to their own standards.

We need to develop apps with peer-to-peer protocols and end-to-end encryption to cut out the middlemen which will exterminate today’s generation of social media companies. Better yet, application logic itself should be deployable on user-controlled compute with user-controlled encrypted storage on any choice of infrastructure providers (providing a real impetus for the adoption of Edge Computing), so that centralized technology monopolies cannot dominate as they do today. This approach needs to be applied to decentralize all apps, including video, audio podcasts, music, messaging, news, and other content distribution.

I believe the next frontier for the Internet will be the development of a generalized approach on top of HTTP or as an adjunct to HTTP (like bittorrent) to enable distributed apps that put app logic and data storage at end-points controlled by users. This would eliminate control by middlemen over what content can be created and shared.

Applications must be distributed in a topology where a node is dedicated to each user, so that the user maintains control over the processing and data storage associated with their own content. Applications must be portable across cloud infrastructures available from multiple providers. A user should be able to deploy an application node on any choice of infrastructure provider. This would enable users to be immune from being de-platformed.

With an application whose logic and data are distributed in topology and administrative control, the content should be digitally signed so that it can be authenticated (verified to be produced by the user who owns it). This is necessary, so that a user’s application node can be moved to an alternative infrastructure (compute and storage) without other application nodes needing to establish any form of trust. Consumers (the audience with whom the owner shares content) and processors (other computational services that may operate on the content) of the information would be able to verify that the information is authentic, not forged or tampered with. The relationship between users and among application nodes, as well as processors, is based on zero trust.

Processing of information often involves mirroring and syndication. Mirroring with locality for low latency access gives certain types of transaction processing, such as search indexing, the performance characteristics they need. Authorizing a search engine to index one’s content does not automatically grant users of the search engine access to the content. Perhaps only an excerpt is presented by the search engine along with the owner’s address, where the user may request access. A standard protocol is needed to enable this negotiation to be efficient and automated, if the content owner chooses to forego human review and approval.

We need to change how social applications control the relationship between content producers and content consumers. First, for original source content, the root of a new discussion thread, the owner must control how broadly it is published. Second, consumers of content must control what sources of information they consume and how it is presented. Equally important, consumers of an article become producers of reviews and comments, when interacting in a social network. The same principle must apply universally to the follow-on interactions, so that the article’s author should not be able to block haters from commenting, but the author is not obligated to read them. Similarly, readers are not obligated to see hateful commenters, who they want to exclude from their network. The intent should be to enable each person to control their own content and experience, ceding no control to others.

Social applications need self-managed communities with member administered access control and content moderation. Community membership tends to be fluid with subgroups merging and splitting regularly. Each member’s access and content should follow their own memberships rather than being administered by others in those communities. The intent is to mitigate a blacklisted individual being cancelled by mobs. If a cancelled individual can form their own community and move their allies there with ease, cancel culture becomes powerless as a tool of suppression with global reach. Its reach is limited to communities that quarantine themselves.

This notion of social network or community is decentralized. A social application may support a registry of members, which would serve as a superset of potential relationships for content distribution. This would enable a new member to join a social network and request access to their content. Presumably, most members would enable automatic authorization of new members to see their content, if the new member has not been blocked previously. That is, enable a community to default to public square with open participation. However, honor freedom of association, so that no one is forced to interact with those with whom there is no desire to associate, and no one can be banned from forming their own mutually agreed relationships.

Software innovations address this urgent need to counter the censors, the cancellers, the de-platformers, the prohibitionists, the silencers of dissent, and the government oppressors. A good understanding of the requirements which I’ve touched upon above still needs elaboration, as I have only scratched the surface. We need an architecture to enable the unstoppable Open Internet that we failed to preserve from the early days. We need to develop a platform that realizes this vision to restore a healthy social fabric for our online communities.