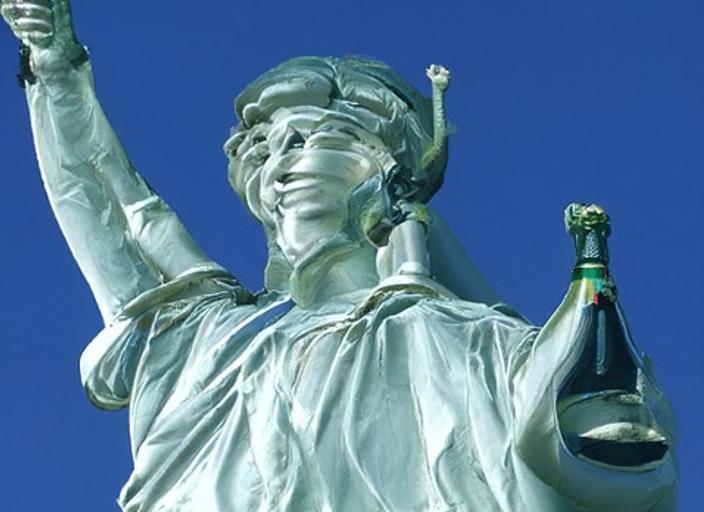 I believe my derivation of Rights from first principles provides the most consistent definition. Let’s see how it holds up in various circumstances, where other formulations fail.

My position on abortion recognizes viability as the existence of an independent person. This is the beginning of a human life’s ability to exist with a mutual recognition of rights.

The consistency of this definition of rights across abortion, self-defense, criminal justice, and the death penalty strengthens the case for it being correct. 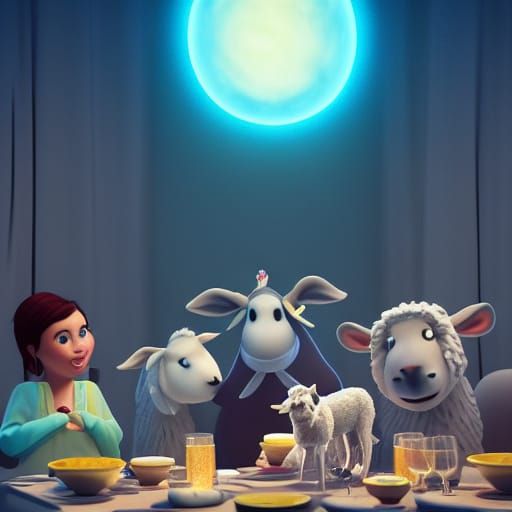 The establishment elites and regime apologists routinely accuse their political opponents as being a threat to “our democracy”. What does our democracy look like?

Democracy is disempowerment. It directs public activism to elections as the means of exercising power, concentrating power in elected representatives. They want to channel people’s energy into voting as the method to enact political change. They want to manufacture consent of the governed, acceptance of a mythical social contract, and lend legitimacy to a representative government. Institutions are erected to concentrate power and control into the chosen few, while diffusing the cost over the many, who are subjects to being ruled over (administratively, legislatively, and judicially).

Democracy is controlled opposition. Once the public is convinced that voting is their most important channel for enacting change, then elections can be controlled via ballot access. The nomination process to become an election candidate is designed by the party elites. It is an oligarchical establishment controlled system, where big money, big influence, and big crony interests dominate the party leadership. Primary elections are openly rigged, as the party Rules Committee routinely tilts the playing field to favor their preferred candidate and disfavor dissidents and outsiders. The manner in which Republican and Democrat nominees are chosen by denying access to unacceptable candidates and allowing access only to those candidates acceptable to the party establishment is identical to how totalitarian regimes in China, Russia, and Iran control ballot access.

Democracy is corruption. Once in office, democratically elected officials are corrupted by lobbying, bribery in the form of campaign contributions, and being able to take advantage of insider knowledge of pending regulation or legislation to make timely stock trades prior to government actions causing large movements in the stock market. Nancy Pelosi’s net-worth is a good example of this phenomenon, as she has accumulated over $135 million in personal wealth on a $210,000 salary as a member of the US House of Representatives for nearly her entire adult life. The gains in net worth while US senators and representatives are in office is obscene.

Above all, democracy is majoritarian rule. It is a partisan, tribal, collectivist approach. Majoritarianism is a non-recognition of minority preferences and rights of individuals. A moral society places rights above all else, as human life is the standard of value that everything is measured against and that human behaviors work to preserve and advance. When a majority gets to decide, individual preferences that are not in agreement will be disregarded. This is entirely immoral where such decisions belong to the individual. (How would a democratic decision-making process work between two wolves and a sheep regarding what to eat for dinner?) Democracy is antithetical to individual rights.

Majoritarianism leads to institutional capture, regulatory capture, and ideological capture in courts and juries. Community organizing (activism toward rallying popular support for some political cause) grows a block of voters to exercise their power to place elected officials into power. These officials appoint political allies into non-elected offices as career bureaucrats that continue to advance the political agenda beyond elected terms of office. These agencies are usually responsible for writing rules, codes, regulations, and policies that are imposed upon the public with administrative punishments (fines, licensing, credentials, permits, etc.). When organizing is able to form a large enough voting block, this concentration of power and the consequent shaping of the bureaucratic make-up lead to institutions and regulations becoming captured.

Equally insidious and possibly more treacherous, majoritarianism results in the government agents who are responsible for the system of justice to discard objectivity and impartiality. Police selectively enforce, and they target groups with bias. Prosecutors selectively prosecute, harshly charging those they target for punishment, and being lenient toward their allies. Judges, who have near-supreme decision-making power over their courts, are emboldened to discard objectivity and impartiality, as groups become more polarized ideologically. When a judge feels safe to side with a strong majority, instead of being true to their oath to protect the constitution and following legal precedent where applicable, they have near-absolute power to make tyrannical and sinister decisions over people’s lives in service to the majority and in violation of individual rights. Moreover, even an individual’s right to trial by jury becomes powerless if their community has been captured ideologically by an overwhelming majority. This becomes the predators-and-prey dinner party manifested into society.

Finally, democracy is divisive. When the stakes are so large and elections are winner-take-all, as in America, people will organize culturally along political left-right lines in the fight for gaining a majority. As the levers of power grow and become more corrupt, the stakes become larger, and the political divide becomes more extreme. Truth itself will become distorted as truth-seeking institutions in journalism, academia, and science become corrupted in service to politics. Noble lies become the tool to control the narrative for the regime in power. Censorship is the method to sustain those narratives. The struggle for power is all-consuming. The country naturally tears itself apart. 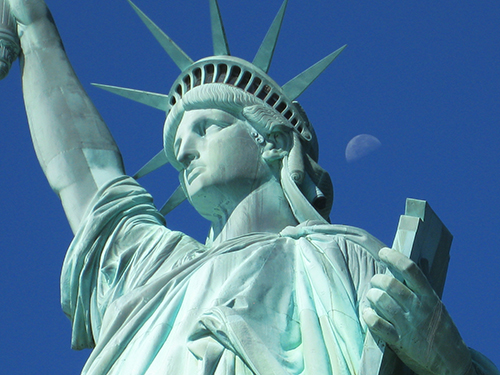 Since the topic of abortion is in the news again, I will once again restate what I believe to be a reasonable position on this issue.

I agree with Rand Paul that abortion is personally offensive. However, a legislator’s personal feelings ought to have nothing to do with public policy and the protection of rights.

I agree with Rand Paul that a seven pound baby in the uterus has rights. Finding the best way of protecting the rights of both the mother and child is not easy.

I agree with Rand Paul that certain exemptions should be permitted by law to perform a late term abortion. This debate is not about abortions before 24 weeks of pregnancy, the limit of viability.

I believe a fetus’ right to life can be asserted when the baby is viable outside the womb. This may be facilitated through modern medical technology at an early stage of gestation, as evidenced by many premature births. Therefore, it is perfectly reasonable to protect a baby’s right to life, when it develops into a viable person who can exist separated from the mother’s body. At that point in a pregnancy, killing the fetus should be disallowed, and the baby should either be allowed to develop to full term in the womb at the mother’s option; or delivered prematurely. Sure, there are dangers to a baby for it to be delivered prematurely, but certainly less danger than homicide. If the parents do not want the baby, it can be adopted by another family. The demand for babies far exceeds the supply.

See also: on the rights of a fetus.

Living cells do not per se have a right (protected freedom) to life for the same reason a virus or a mouse has no right to life.

Rights are a recognition of requirements for a person to live as a human which means freedom to think and act toward sustaining that life. Non-humans do not have rights, because they are incapable of recognizing rights. Without that recognition, there can be no rights, as their abrogation would immediately ensue through force, coercion, and other manners of violation.

A fetus is not yet capable of living in any way as a thinking, acting person in that sense. Therefore, it has no rights to do so.

As litmus test, can a fetus given rights (freedom without mom) perform the most basic biological acts of sustaining its own life? No. The fetus cannot oxygenate its blood, eliminate its toxins, convert food into a form that can power its cells, and any number of other biological functions that mom is performing on its behalf. If given the freedom to live as a person per se, the fetus cannot perform the most basic actions to sustain its life, it does not have rights, because no recognition of such requirements for it to live and no protection of its freedom will make any difference. The fetus does not need freedom at this stage in its life; it is entirely dependent on its mother.

To artificially bestow a “right” to life on the fetus is merely granting an entitlement to enslave the life of its mother, if the mother does not consent to participate in the pregnancy. This would not be protecting anyone’s freedom—only taking freedom away from the mother.

I am anti-abortion and pro-rights. Therefore, I am for a woman’s right to choose, no matter how much I dislike abortion. My opposition or dislike for something does not automatically mean support for government action to outlaw it. Because the law must exist to protect individual rights, any law that would abrogate rights must never be passed.

My position on abortion is consistent with other similar positions. I am an anti-smoking non-smoker, but I oppose legislation that would ban smoking. I am anti-drug and I do not use drugs, but I oppose the war on drugs. These positions consistently recognize that the law must exist to protect individual rights, not to trample on individual liberties.

When does a fetus become a person with rights? I believe the earliest that can happen is when a fetus becomes viable. That is, when it is medically possible for the fetus to survive when physically separated from its mother. This may involve the assistance of medical devices, medication, and extraordinary measures. The key criterion is the ability for the baby to live without being tied to the mother’s life. At that point, the baby’s life can be sustained by other means, and adoption becomes an option. As medical technology improves, this may happen at earlier stages of gestation. This would be the reasoning behind objecting to late term abortion.