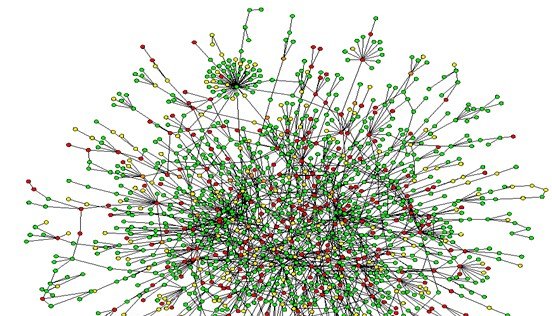 I have written about TM Forum SID before in What is wrong with TM Forum SID? My criticisms were focused on deficiencies in behavioral modeling. In this article, I turn my attention to the structural model itself.

Let’s start with the concept of Resource. SID defines a model for resources to represent communications network functions. [GB922 Logical and Compound Resource R14.5.0 §1.1.2] This approach seems self-evident. So far, so good. (My intent is not to evaluate how effective the SID resource model is in achieving its goal.)

When we examine the concept of Service, we run into difficulties. In [GB922 Service Overview R14.5.0 §1.1.3], this overview of “service” makes no attempt to provide a precise definition of the term. This section references other standards efforts that have attempted to address the topic. It references various eTOM process areas that apply to service. Finally, it discusses the things that surround and derive from service. All the while, “service” remains undefined, as the document proceeds to a detailed structural decomposition. I don’t consider this a fatal flaw, because we can fill this gap ourselves through contemplation given SID’s circling around the abstraction to evade nailing its definition.

I would define “service” as something of value that can be delivered as a subscription by the resources of a communications network. That wasn’t too difficult. In the context of SID, this definition of “service” is not intended to include human activities that are provided to clients; that is an entirely different concept.

Here is where we begin to see things go wrong. When we model services, such as network connectivity, it may be a CFS under certain circumstances, but it may be a RFS under other circumstances. I think, at this point, SID should have recognized that the concepts of “service” and “resource” are roles that can be taken on by entities. They are not superclasses that are specialized. Using our example of network connectivity, when it is commercialized, it becomes a service, and when it is used to enable (directly or indirectly) something else to be delivered, it acts as a resource. The concepts of “service” and “resource” should be thought of more like “manager” and “employee”. A person is not intrinsically a manager or an employee; a person may take on one or both of these roles contextually. By not recognizing this pattern, this flaw in SID has made modeling very awkward for many types of communications network technologies, especially for layered services, and services that are built from other services (which are treated as resources).

What is TM Forum?

The TM Forum is a standards organization for the communications industry. Rather than defining standards for particular network technologies, TM Forum is most interested in how to manage the processes across the entire service provider’s business. Their approach to modeling the communications problem domain divides the space into processes (eTOM), data (SID), applications (TAM), and integration. TM Forum has gained wide acceptance in the industry, and it has become the only game in town at the size and scale of its membership and audience.

What are eTOM and SID?

The business process framework and information framework together serve as an analysis model. They provide a common vocabulary and model for conceptualizing the communications problem space. As with any standards organization, the specifications are an amalgam of contributions from its diverse membership, and the result is formed by consensus.

The business process framework (eTOM) decomposes the business starting at the macro level and explores the parts at more granular levels of activities. Processes are described in terms of the actors, roles, responsibilities, goals, and the types of relevant information involved. There is no presumption of whether activities are performed by humans or automated systems.

What is wrong with TM Forum SID

As an analysis model, the eTOM and SID do a decent job to help people understand the problem space. However, these standards are problematic, because proponents promote them as being detailed and precise enough to be considered design models that can be translated directly into a software implementation. More accurately the framework is promoted as a starting point, which implies the ability to extend in a robust manner, and it is this position that I challenge. This position is stated in principle and demonstrated in practice through code generation tools. The separation of behavioral and structural modeling seems like a natural approach to organizing concepts, but at the level of detail to design software behavior and data need to come together cohesively as transactions. Object-oriented or service-oriented techniques would normally do this.

By representing SID in UML, it has the appearance of being an object model, but what it omits is behavior in the form of operations and their signatures. This is explained away by delegating the responsibility for interface specifications to the integration framework. That certainly contradicts the position that SID is a design model which translates into implementation.

The integration framework tries to define software interfaces that directly use the SID entities. The result is a collection of interfaces that only superficially represents the behavior of the system. Because of the methodology of separating process modeling from data modeling, the interfaces are very CRUD-like, and the majority of behavior is assumed to continue residing in process integration (i.e., BPEL). This would work well for service provider specific business processes, but it is the wrong approach for defining transactional behavior that is intrinsic to the domain. These behaviors include life cycle management, capacity management, utilization and availability, compatibility and eligibility, and topology (rules and constraints for designing services and networks).

Because eTOM does not describe the behavior to this level of detail, SID does not define the entities and relationships to a level of detail that supports these essential behaviors. Consequently, neither do the interfaces defined by the integration framework. The problem is that many in the community view the model as robust with rich and unambiguous semantics, when this is far from true. If the very generic-sounding elements of the SID are used to model some of the behaviorally rich capabilities like resource utilization, we quickly discover missing attributes, missing relationships, and missing entities. Even worse, we may even find that the existing elements conflict with how the model needs to be defined to support the behavior. Sometimes a simple attribute needs to become an entity (or a pattern of entities) with a richer set of attributes and relationships. Sometimes relationships on a generalized entity are repeated in a specialized way on a specialized entity, and this is ambiguous for implementation. These issues undermine the robust extensibility of the framework, making the idea that the framework is easily usable as a starting point (extend by adding) very suspect, because extensions require radical destabilizing redesign.

Software design is a complex set of trade-offs to balance many opposing forces, including performance, scalability, availability, and maintainability alongside the functional requirements. SID cannot possibly be a design model, because none of these forces are considered. I strongly believe it would be an error to accept SID as a design model for direct implementation in software. I believe that any reasonable software implementation will have a data model that looks radically different than SID, but elements of the software interface will have a conceptual linkage to SID as its intellectual ancestry. If we think of SID in this capacity, we have some hope for a viable implementation.