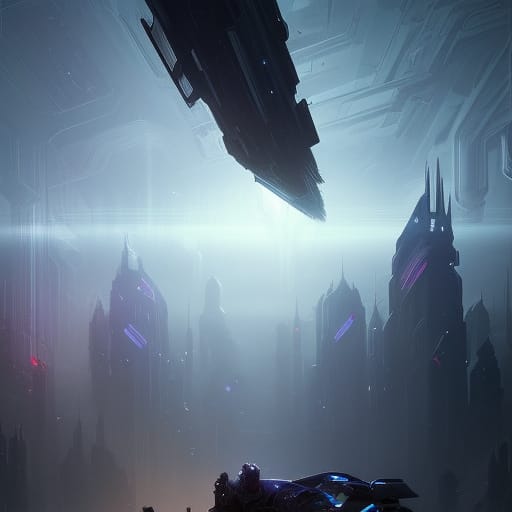 I remain skeptical of both dark matter and dark energy. I don’t believe that either are valid concepts. They are hypothesized as explanations for observations that defy the current theories of how ordinary matter and energy ought to behave. I don’t have an argument to disprove either concept, but I do believe the burden of proof is on those who assert the existence of dark matter and dark energy. In this article, I would like to present an alternative theory to explain the anomalous behavior that proponents of dark matter use to support their hypothesis.

We must begin with an introduction to the topic of dark matter. One of the reasons that dark matter is hypothesized is to explain the unexpected rotational speeds of galaxies. In spiral galaxies like our own, the stars orbiting closer to the central super-massive black hole should appear to orbit very quickly, while the stars orbiting farther away should move much more slowly. The stars should behave as the planets do in our solar system. But they don’t. The galaxy rotates more like a wheel.

A wheel rotates the way it does because it is solid. The molecules that make up the solid are far apart, and the spaces between them are enormous. It is the electrostatic forces forming the bonds between molecules that are so strong that the molecules maintain a rigid structure.

Perhaps the stars within a galaxy travel together like a solid. Could the mutual gravitation between neighboring stars be strong enough to hold them together in a somewhat rigid configuration? That seems more plausible than to view the stars as orbiting the central super-massive black hole.

The Milky Way has a mass of ~1,250 billion solar masses. Its super-massive black hole, Sagittarius A*, has a mass of 4.1 million solar masses. Compare these proportions to the Solar System, where the Sun at 2 * 10^30 kg is more than 1000 times larger than the planets at less than 2 x 10^27 kg combined. The Sun’s dominant mass explains why the planets orbit the Sun. Sgr A* is puny relative to the stars in the galaxy. Perhaps this is why the mutual gravitation of neighboring stars would hold them in a nearly rigid configuration, and these influences would dominate over the gravitational force of the central super-massive black hole.

I don’t have the math skills to test that hypothesis. But it’s fun to wonder about such things in the hopes that someone with skills might think of the same idea and publish a legitimate version of the theory.