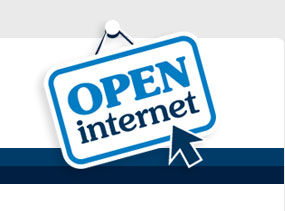 Whenever government policies are implemented in the name of consumer protection, we can be sure that it is not consumers being protected, but rather crony industry incumbents. It is presented as a false alternative between government regulation or absence of regulation, when the strongest form of regulation with the greatest degree of consumer protection is the free market, where consumers decide how their dollars are spent. Good products from well-behaving businesses are rewarded. Bad products and ill-behaving businesses are punished, often to extinction. Moreover, when consumers are under-serviced, entrepreneurs enter the market to compete against under-performing incumbents by offering innovative new products and business practices to meet the demand for superior goods and services, often disrupting the status quo. Meanwhile, government regulations necessarily entrench the status quo. “Best practices” can only be best until innovations overtake them, at which time they become obsolete. Government regulations often continue to burden an industry with obsolete practices that prevent innovations from flourishing. Thus, incumbents are protected from agile upstarts.

Net Neutrality is promoted ostensibly to protect consumers from Internet Service Providers (ISPs) throttling traffic to disadvantage competitive “over the top” (OTT) content providers (e.g., Netflix) while favoring the ISP’s own content services (e.g., television in the case of a cable ISP). Another hypothetical straw man is for ISPs to charge customers to enable access to various information services. I would argue that no ISP would pursue such goals, because of the backlash and consequent mass-exodus of customers to the embrace of the ISP’s competition. ISPs would also want to avoid anti-trust concerns. Paranoia about ISP misbehavior disregards the lack of a business case. Net Neutrality was enacted in response to no ISPs actually implementing any anti-competitive traffic management on any significant scale.

Consumers want to preserve a “free and open Internet”—rightly so. ISPs have the practical capability to throttle traffic by origin (content provider), traffic type (e.g., video), or consumption (e.g., data limits for heavy users). They have no practical (cost-effective) mechanism to understand the meaning of the content to selectively filter it. ISPs have only blunt instruments to wield.

Unlike ISPs, content providers (e.g., Netflix, Google, Facebook, Twitter, Cloudflare, GoDaddy) are responsible for “information” services, which fall outside the scope of Net Neutrality for “transmission” by carriers. While ISPs have not attempted to damage a free and open Internet, we have already seen content providers behave very badly toward free speech, since they have the ability to understand the meaning of their content.

If a “free and open Internet” is what is desired, censorship, bans, de-platforming, and de-monetization by companies, who are the strongest advocates of Net Neutrality, are certainly antithetical to that aim. What is their real motive?

Content providers enjoy having their traffic delivered to customers worldwide. They only pay for the bandwidth to the networks they are directly connected to. They are not charged for their traffic transiting other networks, while routed to their end users. Content providers obviously like this arrangement, and they want to preserve this status quo (protecting their crony interests).

Without Net Neutrality, although ISPs may not have a business case for charging customers (end users) for differentiated services, they would have a strong business case for providing differentiated services (various levels of higher reliability, low latency, low jitter, and guaranteed bandwidth) to content providers. Improvements in high quality delivery (called “paid prioritization”) would be beneficial to innovative applications that may not be viable today. For example, remote surgery. With paid prioritization, this would motivate content providers to buy connectivity into an ISP’s network to provide higher quality service to their customers, who receive their Internet access from that ISP. Or to otherwise share revenue with the ISP for such favorable treatment of their traffic. The environment becomes much more competitive between content providers, while more revenue would be shared with the ISPs. ISPs would then be motivated to invest more heavily to improve their networks to capture more of this revenue opportunity. Consumers benefit from higher quality services, better networks, and increased competition (differentiation based on quality) among content providers.