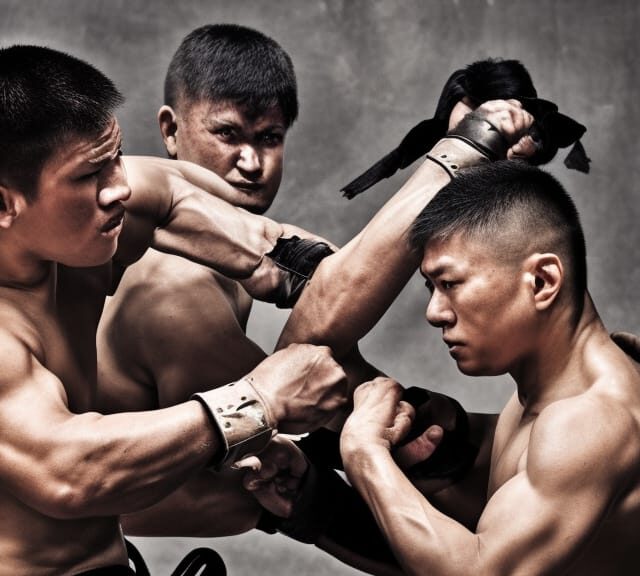 What is the ethical framework for how to respond to the unethical behavior of others? When is it permissible to use retaliatory force?

Something that confounds our reasoning is not having a thought-through ethical framework for how to respond to the unethical behavior of others. This applies to violence, coercion, lying, and other forms of trespassing.

This is why we see widely varying opinions about politics. Most recently we see Sam Harris beclowning himself in support of opposing Trump by any means necessary, including to lie, cheat, and censor. MAGAs see Trump’s actions as justifiable retaliation. Others say how dare he?

Has anyone seen a treatise on the ethics of self-defense and mutual defense (economic, legal, reputational, physical force, etc.)? Seems like a major topic that is given insufficient thought, as people are operating without guidance on such matters. “Cancel culture” emerges.

For example, if public institutions are captured, lying, and coercing, what range of retaliatory behaviors are within the realm of ethical responses that should be employed?

The muddiness of this topic is exemplified by the left’s view of DeSantis being authoritarian in enacting policies that retaliate against corporate power colluding covertly with the federal government and global elites. Whether such actions are considered pro-liberty or authoritarian depends on perspective. This divide is a cold civil war.

Sadly, the ethics of retaliatory force is a topic outside the Overton Window. We are unable to have an intellectual conversation in public, so no one can figure out the red lines, responses, and rules for this cold civil war. Thus, random flailing volatility will abound.

Even Sam Harris invokes self-defense (against an asteroid impact) to justify the actions against Trump. Trump is accused of going against peaceful transfer of power (some calling it an insurrection), after his own Presidency was attacked by the unpeaceful transfer of power, as presaged by text messages between Peter Strzok and Lisa Page. Trump’s term in office was under constant attack by the Russia Collusion Hoax based on the Steele Dossier, the falsified FISA warrant to surveil Carter Page, and impeachment trials.

Retaliation and reciprocity lead to an infinite regress in escalating tit-for-tat retribution. After a while of this back-and-forth, no one can remember who started it, nor the threshold that was a red line crossed. It becomes intractable like the Israel-Palestine conflict, where each side considers the other the aggressor.

After years of chaotic cold civil war, who is going to remember whether America fought against a Russian influence operation abetted by Trump, whether Sam Harris defended the Earth from an asteroid impact (Trump’s fault), or whether Trump fought back against the career bureaucrats and intelligence community aligned against him?

One thought on “Retaliatory Force”