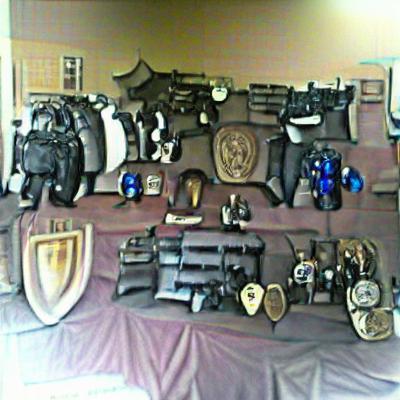 We need conversations about the proper role of violence in civilized society. Intellectual discussion about violence is not incitement.

We are repeatedly reminded that violence is never the answer. It’s the proper message to convey to children at the playground. The principle continues to apply generally to most situations ordinarily. However, with adulthood comes the responsibility to understand the world more deeply. This includes the understanding that the world is not a safe place. Even if one never commits an act of violence, there are those who would initiate force in contravention of norms. Maturity requires nuance.

All rights are derived from the right to life as a human being. That necessarily includes the right to protect that life through self-defense and defense of others. We immediately see a legitimate use of violence for defense.

Mutual defense extends collectively to territories organized into defense pacts. This may be at the level of nation states or military alliances like NATO. Military action to repel foreign invasion is another legitimate use of violence.

In libertarianism, the Non-Aggression Principle (NAP) has primacy. The NAP prohibits the initiation of force.

The philosophy of Objectivism holds that the initiation of force is an evil violation of individual rights against which the government should protect its citizens.

Protection from the initiation of force entails the use of retaliatory force in self-defense and the defense of others. Minarchists believe this to be the government’s only legitimate role—to protect individual rights through the monopoly on retaliatory force wielded through the due process of law.

Guy’s Take #61 – Blockchains, A Square Peg for Round Holes provides this revelatory nugget on the topic of government protecting property rights. A system of state violence is what secures physical things. Digital information, such as NFTs, can never secure anything, because physical security ultimately relies on violence.

Having entrusted government with a monopoly on violence, Robert Malone asks the right question.

Ryan McMaken writes The Constitution Failed. It Secured Neither Peace nor Freedom. This article should remind us of how words on a document do not protect freedom. Protection relies on humans committed to those principles to defend them with violence.

One of the fundamental principles encoded in the Constitution is the Second Amendment, which protects our right to keep and bear arms for the purpose of self-defense and defense of others. Whenever we see foreign governments violate the rights of individuals, Americans lament “if only they had the Second Amendment…”.

The larger purpose of the Second Amendment remains customarily unsaid. It is to empower the people to have the necessary means to mount an armed insurrection to remove a government, when it has fallen into tyranny. The Declaration of Independence was an act of insurrection, which founded the United States of America. The Second Amendment preserves the tradition that brought the country into existence.

What endangers the American people today is the growing apprehension toward being able to discuss what would constitute justifiable use of force, as envisioned by our Founding Fathers in authoring the Second Amendment. The Boston Tea Party suggests that an act of taxation without representation crossed a red line. Absent other examples, that remains our gold standard as a comparable. Has America experienced usurpations and acts of tyranny that far exceed the historical standard? Without a doubt. Have the goal posts moved on where to draw the red line? Without a doubt. However, without the freedom and the intellectual honesty to have that academic conversation, the American people will not know where the red line needs to be. Without a proper basis in rational thought, the danger is that individual Americans may decide unwisely for themselves, and then it will be too late.

Therefore, we should have that discussion sooner than later.